Daughter of OBEA member, Ed Ponikvar, Dufferin Peel District School Board, Angela Ponikvar attended Assumption Catholic Secondary School and is presently attending McMaster University. Angela achieved Honour Roll in all four years of high school. She was the recipient of the Yearbook Award for the highest average in grade 11 yearbook and the Fitness Award for the highest average in grade 11 Fun Fit. Angela was also the recipient of the Catholic Education Foundation of Ontario Award. In her grade 12 year she was the recipient of Father J. Duffy Principal’s Award which is given to one student from the graduating class that the principal thinks is the exemplary Catholic student that embodies most what Assumption represents. She was also the recipient of Lieutenant Governor’s Community Volunteer Award and St.Patrick’s Parish C.W.L Award for volunteerism and involvement in the parish community. Angela was also the recipient of the Meco Poliziani Award leadership as well as the Mario Rende Memorial Award for exemplary achievement in academics and co-curricular. Angela also participated in sports teams throughout high school: volleyball, curling, field hockey, and soccer and received the MVP Award for soccer and the field hockey MVP Award in grade 10. In grade 11 and in grade 12 received the curling MVP Award. Congratulations Angela!

Daughter of OBEA member, Pat Timms, Waterloo Region District School Board, Nikki Timms will be attending Georgian College in the Dental Hygiene program. She graduated from John F. Ross CVI high school as an Ontario Scholar with a French Immersion Certificate. Nikki was a member of the DECA business team and placed in the top ten in the oral role play team event in the Buying and Merchandising category at the regional competition. She also was on the school swim team and qualified and competed at CWOSSA. One of Nikki’s greatest passions was her involvement with TGAD Company Dance Team throughout her high school years. Nikki continued her passion of dance by getting involved with the school dance team and cheerleading team. She also volunteered as an Assistant Dance teacher with younger students in Musical Theatre classes and summer day camps for many years. She has balanced her responsibilities with her academics, extracurricular activities and part-time job well over her high school years and is looking forward to continuing her education.

Congratulations to these past scholarship recipients! 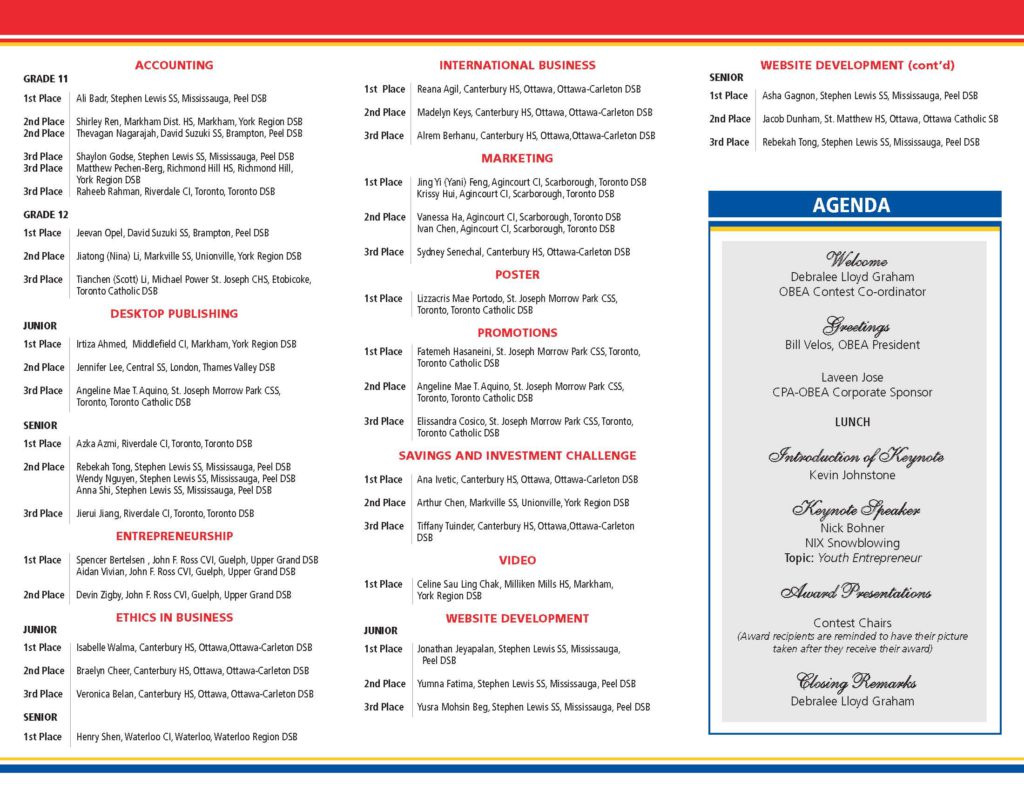